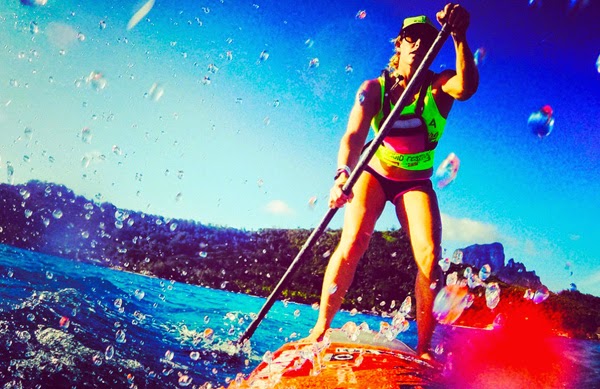 This past December, MBAC hired Ruth “Ruthy” Vesler as the Instructional Supervisor of Surfing, Paddling, and Rowing.  Ruthy brings an impressive background in watersports education and supervision into her new position. She previously worked for the City of San Diego Lifeguard Service for 8 years as an ocean lifeguard, supervisor, and an administrator.  During that time she served a season as the Lifeguard Supervisor to the San Diego area surf schools and redeveloped required safety standards for surf instruction at city beaches.  She also served as a supervisor for Mission Bay lifeguard staff managing new guards during the busy summer months.

Ruthy is very passionate about stand up paddling and competes professionally in distance races.  She was a varsity rower at Ithaca College where she studied film and athletic coaching.  She has competed in triathlons professionally for several years and developed her own program for open water swim instruction.

Get to know Ruthy better as she took some time to answer these 20 questions: